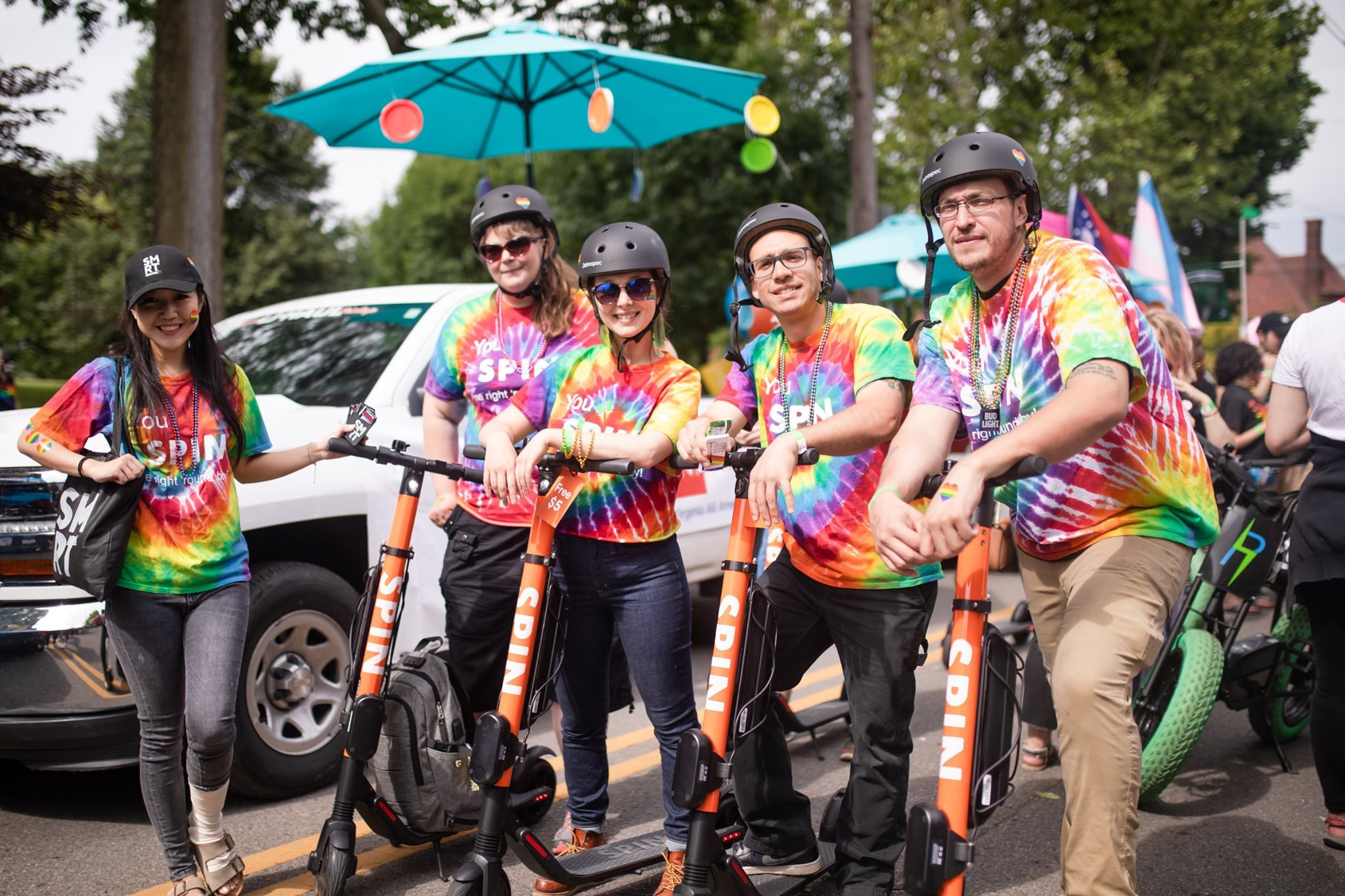 In July 2018, Bird, an electric scooter rental company, dropped 500 electric scooters in Columbus with little warning to the city. “That day started the 100 mile an hour process of developing regulations and going through the procedure of legislation,” said Frank D. Williams, head administrator for the Columbus Division of Infrastructure Management.

By the end of the summer of 2018, 1,000 electric bikes and scooters from Bird and Lime, another micromobility rental company, were available on city streets. Though the CoGo Bike Share program partnered with the City of Columbus in 2013 and currently offers nearly 600 docked bikes at 72 stations across the region, it was clear that the new dockless options presented unique challenges.

Today, there are nearly 3,500 shared mobility devices in the Columbus region, and the processes for managing and regulating them continue to evolve. As different vendors enter the market, new technologies come online and projects are implemented throughout the city, the job of promoting the safe and responsible use of smart mobility devices continues.

Like many cities across the country, Columbus and surrounding municipalities were surprised by guerrilla tactics of bike and scooter companies that dropped hundreds of devices in communities with little to no notice. Some cities, such as St. Louis and Denver, immediately impounded scooters and bikes. Others, including Kansas City, Austin and Columbus, created policies to integrate dockless scooters and bikes into the community.

Many cities, including Cleveland, Chicago and San Francisco, landed somewhere in between, with initial bans and skepticism followed by pilot permit programs. These cities took tailored approaches: San Francisco only approved smaller micromobility providers; Chicago focused on neighborhood equity; and Cleveland limited speeds to 12 miles per hour over safety concerns. Santa Monica, headquarters of one of the largest mobility device providers, Bird, banned scooters from public areas including parks and piers and charges a daily $1 fee per device earmarked for alternative transportation infrastructure.

In Columbus, regulating the new devices was not as simple as passing one new law or expanding current ones. “You have to be mindful of the legislation portion, but there’s also rules for users, and rules and regulations for the vendor,” Williams says. “It’s a three-pronged process where they all complement each other and move simultaneously.”

The first challenge for the City of Columbus was deciding the criteria most important for new regulations. “The first priority was safety,” Williams says. “You’re always going to be looking at things from a safety perspective when you’re dealing with transportation and moving people.”

Smaller mobility device providers had their own priorities for developing legislation. Kelly James, president and founder of ROAM bikes, a Columbus-based dockless, electric bike provider, was at the table with the City of Columbus when legislation was being written, to ensure that the market would remain fair for companies of all sizes.

“Big companies normally come to a city, drop their product and help write legislation to weed out local and small business,” says James. Launching in 2020, ROAM offers pedal-assist electric bikes that will be available to pick up at designated businesses. James also worked with the city to create regulations to ensure small businesses could compete along with larger ones. “We knew it was going to be a daunting task to try to get in this market with the big boys.”

The first rules were enacted in September 2018 by Mayor Andrew J. Ginther and included:

The Columbus City Council approved Ginther’s rules on September 24, 2018, officially updating city code to include safety measures addressing smart mobility devices. The legislation formalized the previous regulations regarding speed, where scooters can be ridden and parked, and who is able to unlock and use them.

By the summer of 2019, a total of seven mobility device vendors out of a maximum of eight were permitted to begin service, with a capacity of 500 vehicles per company. Each company purchases an operating permit for $500, plus $75 per device operating in the city.

Williams said that a neighborhood equity focus was also a priority. Vendors are required to locate a percentage of devices in low-income neighborhoods and offer alternative payment options for people who may be unbanked. This promotes access to transportation for city residents who need it most, including those who use micro-mobility devices to get to school or work. “Vendors weren’t going to be able to come in and just unload all of their devices downtown,” Williams says.

Michael Liggett, community relations coordinator for the City of Columbus, agreed that neighborhoods were a focus. “We encouraged all of the vendors to go out to various area commissions and explain who they are, what they’re doing, and what the commissions could expect to see,” Liggett says. “We wanted to facilitate a conversation and what these devices provide and how they should be distributed.”

The future of shared mobility in Columbus

Research and pilots continue to be important to the city’s regulation framework, especially with so few seasons of history with the devices. “We’re looking to study how we can manage fluctuations in weather,” Williams says. “Should we make a call to pull the devices from the streets in a weather emergency, or does the vendor make that call for themselves?” This was a special concern in a Midwestern city like Columbus.

The city is also requiring that companies to share ridership data with the Smart Columbus Operating System. Incident data gathered by the police officers and hosts of large events along with feedback filed through the city’s resident service call line is also being evaluated by the city.

Policymakers also considered how city right of ways could be enhanced or changed to make devices more safe and accessible. “We are looking at how they might fit into street design conversations going forward, I don’t think we’ve gotten enough information yet to be conclusive,” Williams says. “The industry is already evolving into new devices.”

“I would love to see more bike lanes, I think it’s essential,” James says. “Research shows that an increased number of bike lanes can also increase profit and productivity in the city.”

What to consider when developing policies

Williams says Columbus policymakers put in the work with vendors, residents and researching other markets. The ongoing project of balancing inclusivity for the vendors with equity and safety for the whole city continues as new devices are added and the landscape of shared mobility devices continues to change.

How E-Bikes Add Value to the Columbus Police Department

How to Alleviate Event Traffic by Encouraging Multiple Modes of Transportation